Jagat Gosain aka Jodha Bia was an princess of Marwar aka Jodhpur and daughter of Mota Raja Udai singh. Her official title was Taj Bilqis Makani after she gave birth to the heir of Jehangir Shah Jahan aka Khurram. Jodha Bai was born in May 13th 1573 and married Prince Salim aka Emperor Jehangir on 21st January 1586. Salim was 17 years while Jodha Bai was 13 years at the time of their marriage. Her mother Shri man Rang Deviji was a daughter of Raja of Gwalior Raja Askaran.

Maharana Pratap’s wife Princess Phool Kanwar was her aunt by relation. She was one of the favourite wife of Jehangir and his chief consort till he married Nur Jahan in 1611. She bore him three children two daughters who died at a young age and a son Khurram aka Sahh Jahan. When Shah Jahan was 6 days old he was handed over to Ruqaiah Sultan the chief consort of Emperor Akbar on his orders. She died on 18th April 1619 at Akbarabad and was buried in a grand mausoleum on orders of Jehangir which was personally overseen by Khurram. Khurram was inconsolable as per Jehangirnama and Jehangir had to personally go and console him and take him to his palace for moral support.

She was a quick witted lady with many anecdotes that revealed her many talents. Once Nur Jahan chided Jodha Bai for wearing bright rustic colors than the subtle ones like her white. Immediately Jodha Bia retorted that only a widow wore white while other married ladies wore bright colors in a reference to Nur Jahan being a widow of Ali Quli.

Once Jehangir went on an hunt with both his wives Nur Jahan and Jodha Bai and a lion attacked them. Nur Jahan froze in fear while Jodha Bia took a gun and killed it thus saving all their lives. Jehangir praised her and rewarded her for her bravery.

Another time Nur Jahan tried to flatter Jehangir that his breath was sweetest of all. Jodha Bai retorted hearing that only a woman who had spent time with other men can know the sweetness of a man’s breath. This was again a reference to Nur Jahan’s first marriage.

This lady had a tough life

But her spirit of life and quick wit never abandoned her. 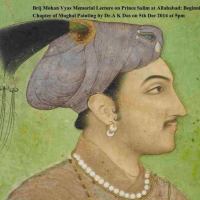 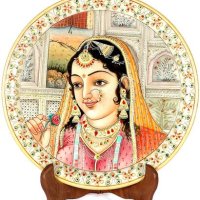