Akbar and Birbal were close friends everyone knows but Akbar saved Birbal’s life twice once risking his life.
In 1583 at a polo game during Id festivals Birbal fell off his horse unconcious and Akbar to his aid immediately and pulled him to safety and revived him. 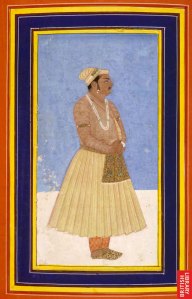 In 1584 again Akbar and his ministers were watching a polo match along with many people of agra. Akbar was on his horse. An enraged elephant charged at Birbal suddenly. When Akbar swa Birabl in danger he galloped towards the elephant and placed himself between Birbal and the enraged elephant. The crowd cried out in fear for the emperor’s life. But Akbar commanded the enraged elephant to stop and recognizing his voice that loyal elephant stopped in its tracks very near to Akbar’s horse. Thus Akbar saved Birbal’s life.
In 1586 when Birbal died in Afghanistan in battle Akbar was so devastated he refused food for two days and was inconsolable.