All of us know Aurangzeb was not a great emperor to his citizens and brother to his siblings. But do you know what he did to his own children? 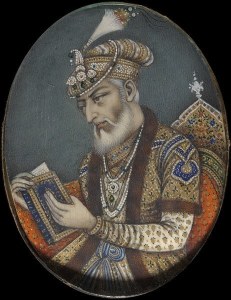 Aurangzeb had 5 sons and he was suspicious of all of them.

Muhammad Azam was sent off to Deccan because Aurangzeb was scared he will revolt against him. He was imprisoned for some years. Azam shah as he was known was married to Dara Sukho’s daughter. He was emperor after his father’s death for few months.

Prince Sultan Mohammad Akbar, his second son was kept in prison for about 10 years because he had shown sympathy with Shah Shuja his uncle and had also married his daughter.

Prince Muazzam who later on succeeded Aurangzeb as Bahadur Shah I, displeased his father on account of his sympathy for the Rulers of Bijapur and Golconda and was kept in prison from 1687-1695

Mohammad Akbar rebelled against his father because of his policies and after being defeated in war by his father went to Persia and died a destitute.

Kam Baksh, the youngest son, also suffered imprisonment between 1698 to 1699 because he spoke against Aurangzeb’s policies and imprisonment of his brothers and sisters.

3 thoughts on “Aurangzeb the cruel father”