Jehangir had a bell of justice which could be rung by anyone and they could speak to him in Diwan-e-am. Jehangir got all sort of interesting people ringing that bell. One day it was jehangir’s birthday.

Once a beggar came to Jehagir hall of audience with tattered clothes and rang bell of justice as he wanted to give jehangir gift on his birthday. Jehangir called him inside and the beggar sat by the emperor’s throne and gifted him a small piece of roti he had as gift which jehangir took and ate much to disgust of his nobles etc. 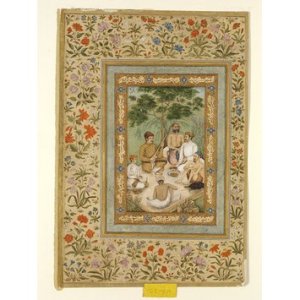 Then when Jehangir was served lunch he shared his plate with that beggar much to astonishment of everyone and both ate from same plate. After lunch and drinks etc the beggar found it difficult to get up and Jehangir ordered him to be left out as he was weak after giving him gifts and gold coins.

But none was ready to touch him as he was dirty and smelly so Jehangir helped him and left him out. Then when the ambassdor asked him how he richest man on earth could eat that hard bread that beggar gave as birthday gift and share his plate with him which he never shared even with his wives and kids he told he had learned it by seeing his father Akbar.

Because for a rich man giving gift is not so great and they give expecting something in return but a poor sharing the only roti piece left with him is a very big and valuable to that beggar and given without expecting anything in return and hence a treasured gift.

Akbar also allowed citizens to come and meet him on his birthday and give him gifts and would accept them however small they are with respect.